I’ve talked about this before to a degree but must again. As a believer in the paranormal who always looks at things skeptically, and one who has spoken to many skeptics, there is, in my opinion, nothing that can change the minds of the hardest skeptics. No proof could ever convert everyone. I once spoke to a guy who had an answer for everything. If you saw a ghost, or some sort of paranormal event, it just meant that you were hallucinating from some cause, whether it be your tap water, or medicine you’re on, or the air you breathe. He really felt that way.

Over the years there have been many excellent pictures and videos taken, as well as sound bites and everything in between, that were as close as you could get to being indisputable evidence. Take the Brown Lady of Raynham Hall as example. 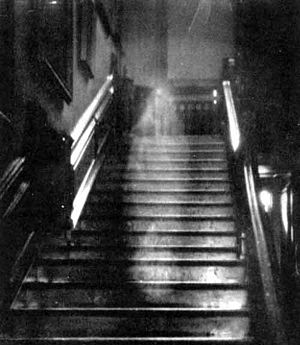 That picture was taken in 1936 and printed in both Country Life magazine (which it was taken for) and Life magazine. It wasn’t supposed to be a ghost picture taking event, the camera guys were in Raynham Hall just taking pictures for Country Life when they got this. After being interviewed and the film studied, it was revealed that there was no reason to not believe the two who captured the picture, and the film was not tampered with, meaning the picture is legit.
END_OF_DOCUMENT_TOKEN_TO_BE_REPLACED